The term ‘population genomics’ started to appear in the literature from the late 1990s, mainly in the context of large-scale polymorphism analyses in humans. Approximately 15 years ago, biologists began to predict that large-scale population genetic approaches would be both feasible and important for studies of natural populations. Since then, the use of sequence or genotype data from multiple loci spread across the genome, although individually analyzed,  has often been referred to as population genomic analyses.

Nowadays population genomic studies have increased, in most cases, our degree of knowledge about evolutionary genetics, molecular ecology and conservation biology, by facilitating the identification of adaptive molecular variation and by improving the estimation of important parameters such as population size, migration rates and phylogenetic relationships. 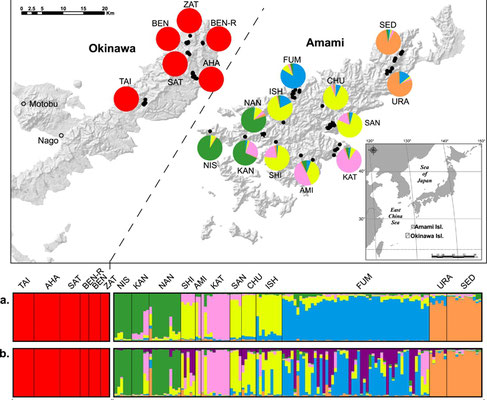 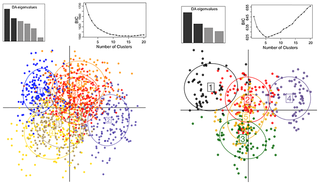 Here we have the possibility to discuss about this topic with our two instructors: Dr. Martin Taylor and Dr. Lewis Spurgin from the University of East Anglia, UK.

LEWIS – from an ecological perspective, the work on ‘divergence islands’ has been pretty important. There are lots of papers on this, but perhaps the most important of these are Thomas Turner’s 2005 paper on Anopheles gambiae, Noor and Bennett’s 2009 Heredity paper, and Cruickshank and Hahn’s 2014 Molecular Ecology paper.

MARTIN – For me, one of the most illuminating findings has been the increasing realisation of the role of hybridisation in the evolutionary process which spans invertebrates to humans. This has led to a paradigm shift in how researchers think about the adaptation process. The horizontal transfer of genes associated with mimicry in the Heliconius butterflies (http://www.nature.com/nature/journal/v487/n7405/full/nature11041.html) is one such example and the extensive hybridisation between humans and other humanoid lineages and associated analytical advances (ABBA/BABA test) is another (Durand et al 2011).

2)    NGS technologies are giving us the unprecedented possibility to obtain very large data sets to identify the genetic variation among populations: Which are the main statistical and methodological issues in analysing such large datasets?

LEWIS – I think that distinguishing true signal from false positives is the main statistical issue in genomics that we haven’t really got to grips with yet. This is especially an issue when looking for evidence of selection on polygenic traits. But methods are improving all the time.

MARTIN – I would concur with Lewis here, sorting the ‘Wheat from the Chaff’ to steal a phrase from Robin Waples is challenging for many types of population genetic analysis. We have always struggled to apply appropriate corrections for multiple testing that are not too stringent to mask true positives, but satisfy the need for some correction to be applied. Many methods are available, but none are appropriate for all data. Some advocate strict adherence and others question the need for correction at all.

3)    What is the relative importance of natural selection and population history in determining levels of genetic diversity across the genome?

LEWIS - I’m not sure that’s really the right question to be asking. We know that genetic drift affects the entire genome, whereas selection is targets specific genomic regions (although the question of background selection is likely to be at the forefront of evolutionary genetics over the coming years). I think the interesting question is how selection operates against a background of genetic drift, and how these processes interact. I don’t think we have a good answer to those questions yet.

4)    Genomic data can help us in better understanding local adaptations: which are the methods we should work with?

LEWIS – Combining genome scan approaches with really detailed ecological data is a promising way forward. Genome scans are great, but they are hypothesis generating exercises. So when we identify candidate genes using genome scans, I’d like to see more studies following up these regions, relating patterns of genetic variation to phenotypic traits, fitness and ecology.

MARTIN – Several recent examples (e.g. wasp spiders, heliconius) have suggested that introgression has been important in the adaptation process rather than de novo mutation. Being aware of the possibility that adaptation may be facilitated by introgression from outside of the local gene pool should therefore be at least considered. In terms of methods I am a big fan of using a suite of approaches to investigate these complex processes and that may include experimental laboratory populations, common garden experiments combined with in depth contemporary  - and importantly -  historical environmental data.

5)    According to your experience, how genomics data should be implemented into the conservation strategies of natural populations?

MARTIN – My most relevant experience comes from the fisheries sector where genomics is important in developing markers for fine-scaled population structure analysis, traceability of fish products through the food chain and also investigating introgression between aquaculture and wild populations. All these uses of genomic data – principally SNP markers  - are derived from next generation sequencing of genomic DNA or expressed RNA and are important tools in the sustainable exploitation of marine and freshwater fisheries.

Functional cookies enable this website to provide you with certain functions and to store information already provided (such as registered name or language selection) in order to offer you improved and more personalized functions.

Performance cookies gather information on how a web page is used. We use them to better understand how our web pages are used in order to improve their appeal, content and functionality.

Marketing / Third Party Cookies originate from external advertising companies (among others) and are used to gather information about the websites visited by you, in order to e.g. create targeted advertising for you.